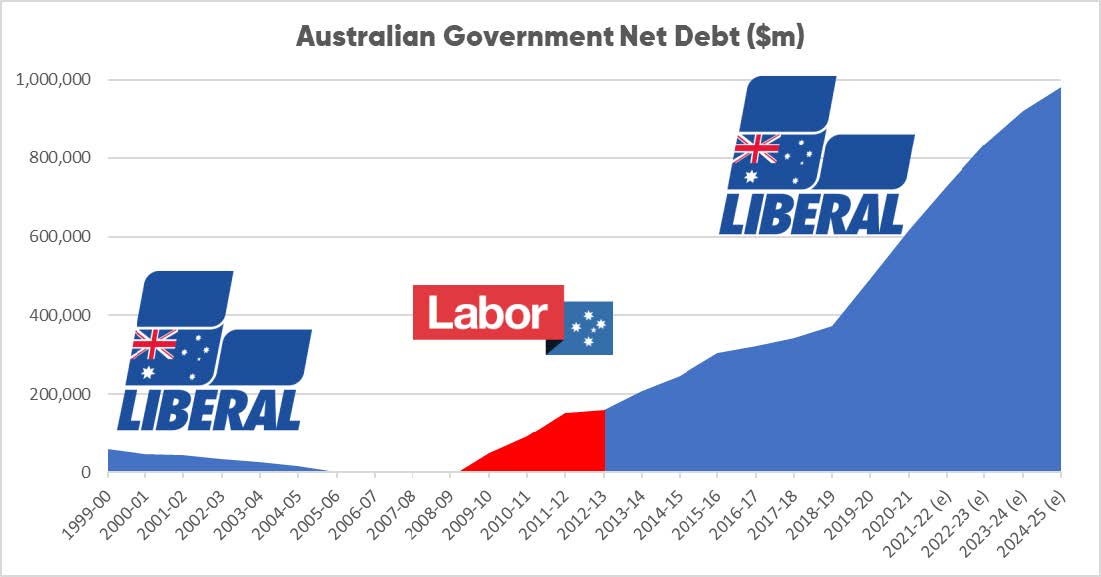 In 2007 the federal government had zero net debt and a robust economy. After six prime ministers and zero economic reform (but much deform), we are now on track for over one trillion dollars in debt in the coming years. Stimulus spending is a fool’s errand – a cowardly leader’s quick fix which kicks the can down the road and magnifies pain. Governments that can't balance their budgets turn to inflation to hide the problem, but this only makes it worse.

Debt and inflation imperceptibly bogs a nation down. Our current trajectory means that by 2030 the Commonwealth will pay $65 billion a year in interest. Australia will stagnate unless we show real leadership by taking strong action. Before COVID, around one in eight nations were forced to spend more on debt repayment then social services. That’s crippling, and it’s our future unless we bring back fiscal responsibility.

Debt needs to be repaid and it’s a foul dereliction of duty to pass it on to the next generation. Future taxpayers are subsidising current waste. The major parties just ignore the debt and hope the citizens don’t think about it.