European countries such as France and Italy have maximum speeds of 130km/h on straight stretches and in dry weather while the Australian maximum is 110 km/h in nearly all situations. 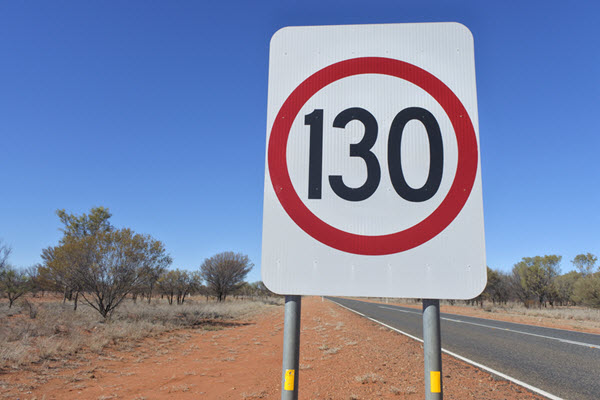 “There are too many traffic laws based on the subjective views of policymakers, which shows a ‘nanny-state’ mentality.”

“The justifications offered for speed limits bring the law into contempt. We have a ludicrous situation of claims that ‘there is no such thing as safe speeding’, ‘casual speeding’ and ‘speed kills’ when the sport of motor racing has such a safe record.”

“It is not realistic to continually keep slowing down traffic in the pursuit of zero accidents on the road.”

The Liberal Democrats advocate for higher speeds on roads where the conditions make it safe, such as long, straight stretches of divided arterial roads and highways.

“Imposing sensible limits would similarly see road speeds reduced by 10–20 km/h at night and in the rain,” Dean says.

“Speed cameras should concentrate on locations where the risk of speeding creates substantial risks to other road users.”

Other motoring-friendly Liberal Democrat proposals include acknowledging that four-wheel-drive enthusiasts are committed conservationists whose activities pose no environmental threats to national parks.

“National parks must be accessible to the people who pay for them – that is, taxpayers,” Dean says.

“Recreation in public lands must include reasonable vehicle access by members of the public who are unable to walk for long distances in rough terrain.”

“We believe that locking up large areas of national parks is a form of collective punishment against the vast majority of outdoor enthusiasts who care for the environment.”

For more information about the Liberal Democrats stand on motoring, browse to policies on road safety, transport and outdoor recreation.