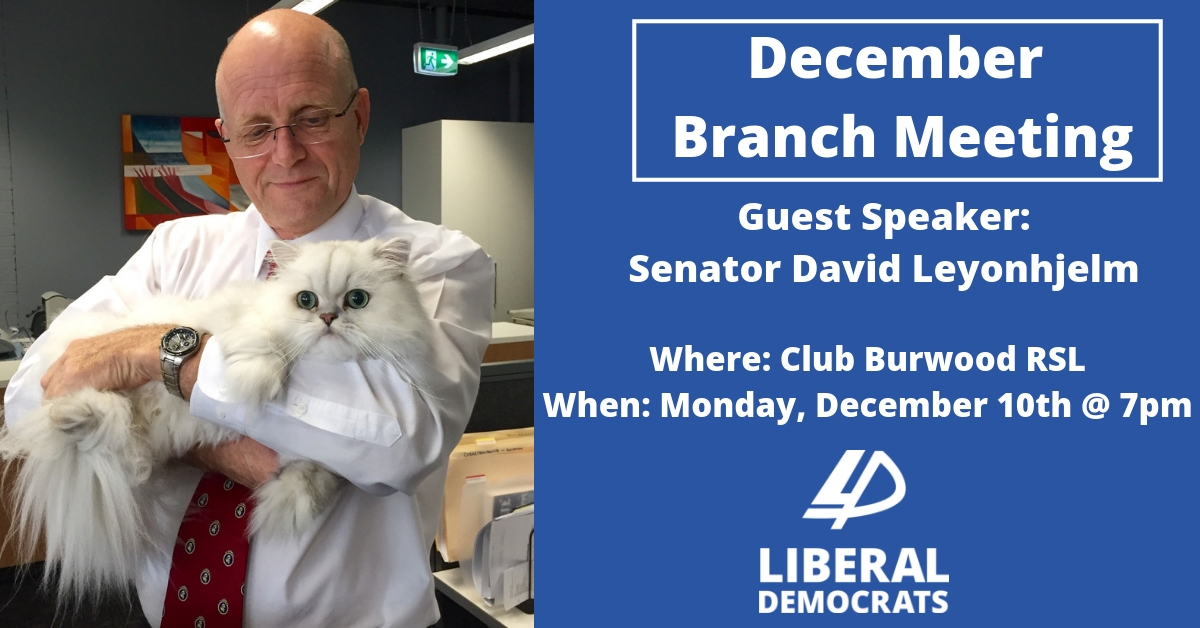 We are pleased to announce the next Sydney branch meeting will be held on Monday the 10th of December. Due to the festive season, the regularly scheduled meeting will be moved from the third Monday of the month to the second, so make sure to update your calendar.

This month's special guest speaker is none other than Senator David Leyonhjelm. Senator Leyonhjelm will be addressing the branch about the upcoming federal and state elections as well as the future of the LDP. There will be a chance for a short Q&A after his presentation, so make sure to get in early so you can ask your question.