The Indigenous “Voice” to parliament referendum is racist and socially divisive, the Liberal Democrats say.

Liberal Democrats NSW President Dean McCrae says creating a special Indigenous “Voice” to parliament favours one culture above all others, which is is at odds with an inclusive, multicultural democracy. 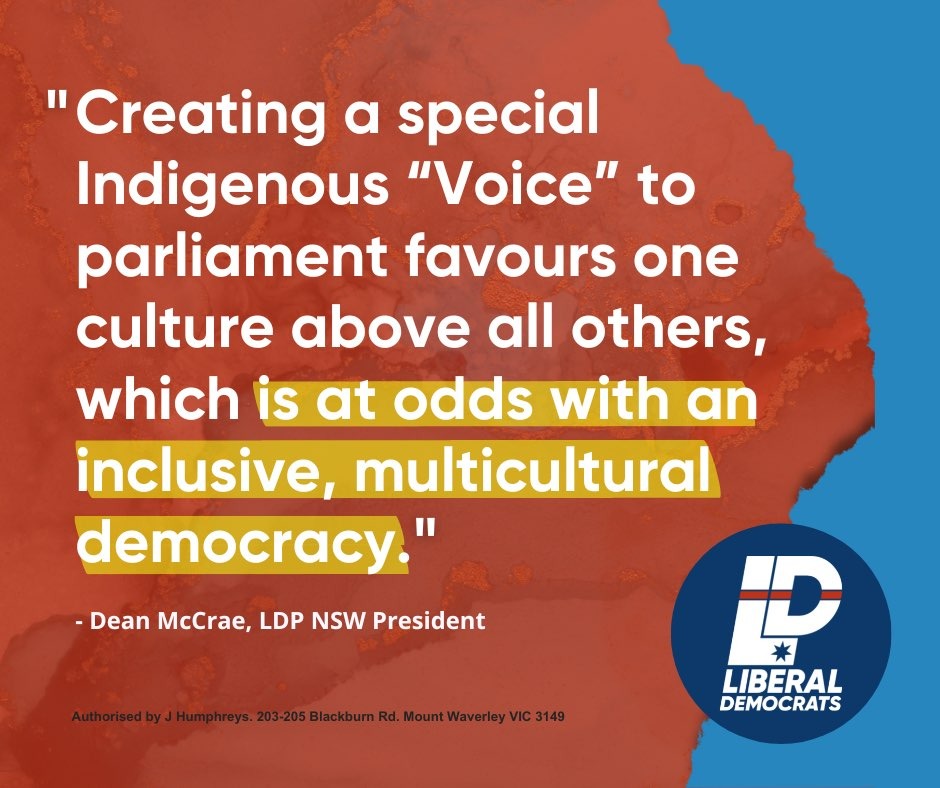 “It risks a type of social apartheid,” Dean says.

“Voters should pick all those heard in parliament and this should not be determined by race.”

The Liberal Democrats support equality before the law and oppose introduction of laws for specific groups including Aboriginal traditional law.

Dean says the referendum as it stands is too vague. “We should know exactly what is being proposed, not just give politicians a blank slate to appoint special bodies to parliament,” he says.

Dean says the elected Indigenous members are already making their voices heard. “Making representation mandatory through the Constitution weakens the power of voters to choose their own representatives,” he says.

“It takes power from the people and gives it to the politicians, which is never a good thing.”

For more information about the Liberal Democrats stand on Indigenous issues, browse to policies on welfare and religion.