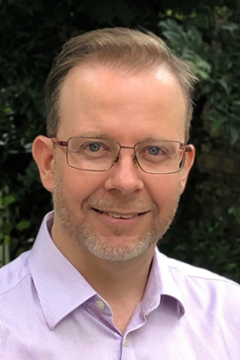 Duncan has been Senator Leyonhjelm's right-hand man on policy since the start of the Senator's term of office in 2014. He studied politics and economics, spent much of his career in the federal treasury, and helped start the Liberal Democrats in 2001. 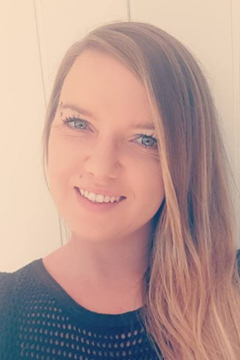 Codie is an egalitarian who is passionate about liberty and individual responsibility, and the role technology plays in freedom within a modern society.  Her goal is to spread the word about the liberty movement and work towards a free society with equal opportunity for all. Codie is currently a writer for Libertyworks and until recently was the branch coordinator for the Central Coast branch of the LDP. 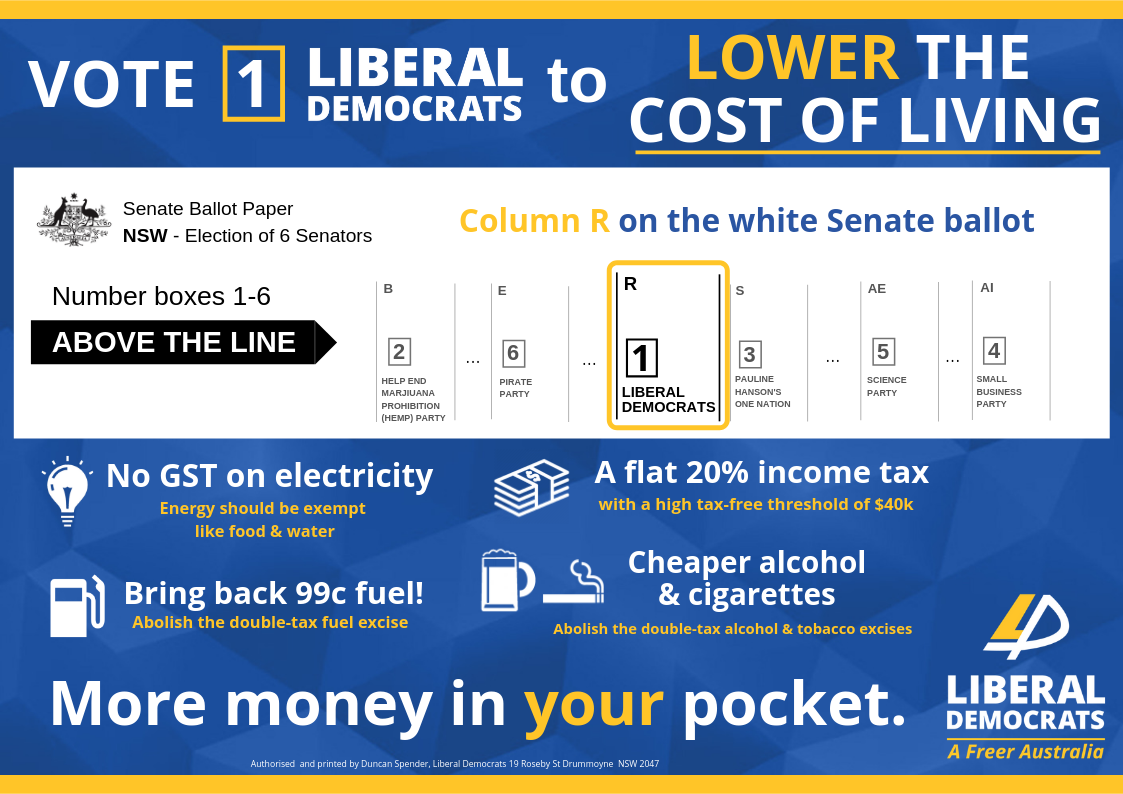 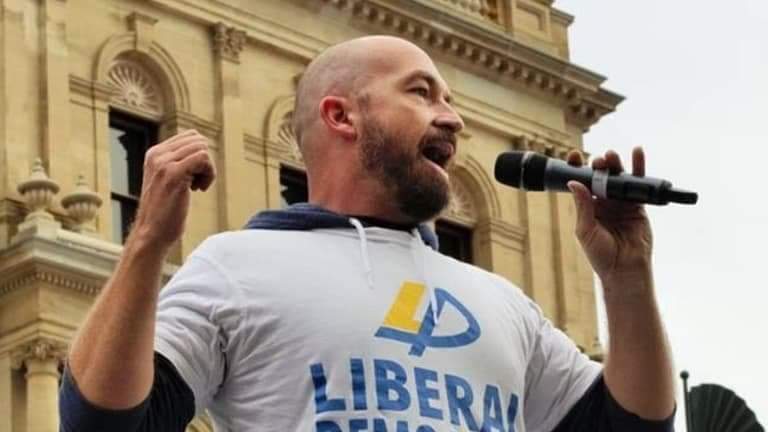 Gabe is an IT consultant from Brisbane. Raised in rural Victoria, he spent much of his youth water skiing, riding motorcycles and shooting rabbits. He has worked across a number of different industry sectors solving problems for businesses that have been created - in the main - by government intervention.

A long time civil liberties activist, Gabe is passionate about getting the government off our backs as well as out of our wallets. A regular speaker on drug law reform at the Nimbin Mardi Grass protest, he gained prominence in his home state of Queensland for his involvement in the fight against the Newman government's VLAD laws targeting motorcycle clubs.

A veteran of multiple campaigns, Gabe has stood for the Liberal Democrats  in elections for both houses of federal parliament and as an independant candidate in state politics. He became president of the QLD branch and was appointed to the federal executive of the party in 2010. he subsequently served as vice president for several years before becoming national president in 2014.

Gabe hopes to use a position in the Senate to push for a greater degree of personal and economic freedom for all Australians. "The Australia my kids are growing up in today is a darker place than it was when I was growing up thirty years ago", the father of three says. "There is a creeping sense of authoritarianism building. Not just locally, but around the world. If we don't push back nowthen, like the apocryphal frog in the pot, we won't know we've been boiled alive until it's too late".

A keen runner with two marathons under his belt, Gabe also enjoys boxing and Australian Rules football. In his spare time you can find him moonlighting as the frontman for Brisbane-based cowboy-rock group The Whisky Protocol. 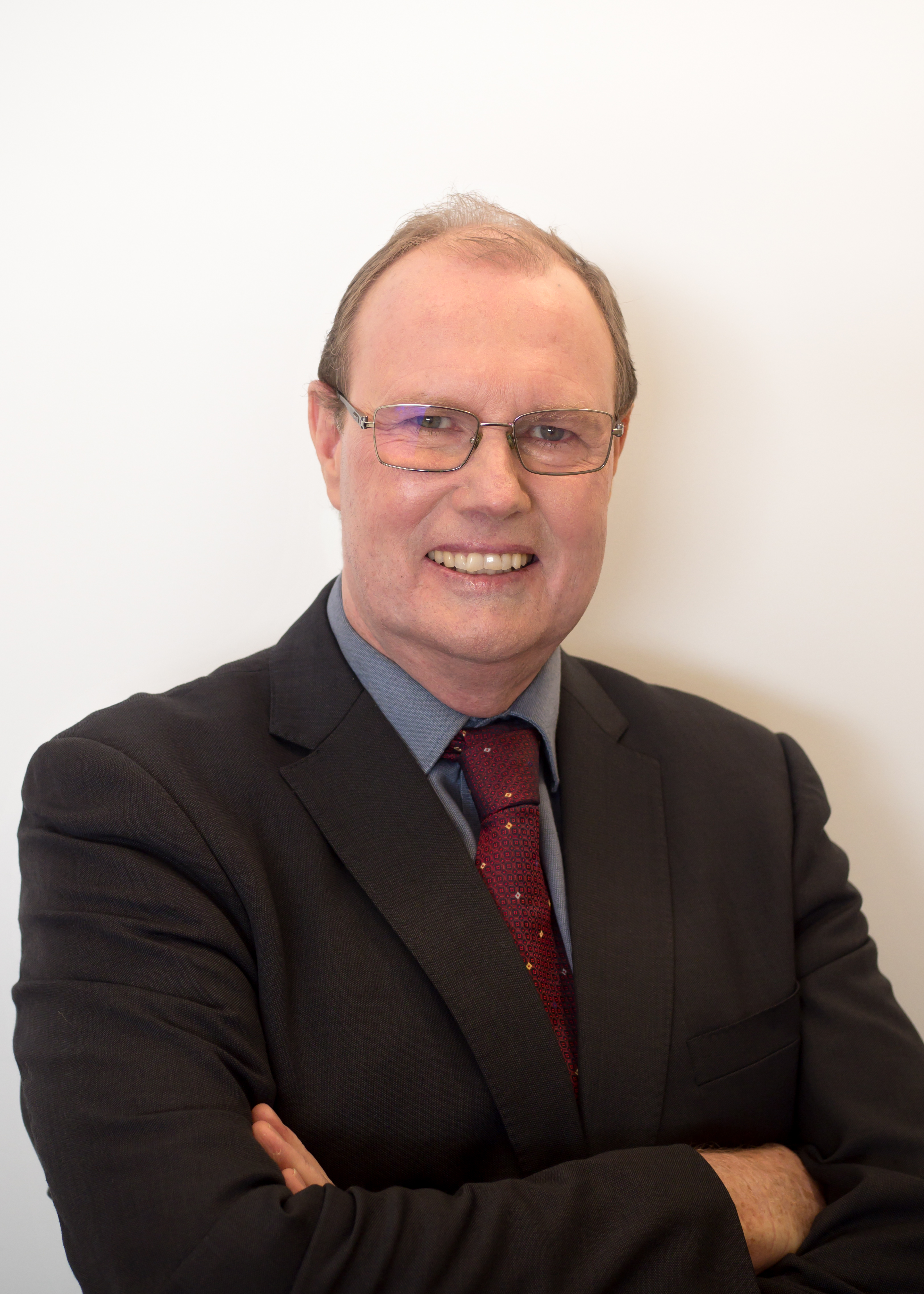 Lloyd Russell is a passionate Queenslander, family man and small business owner with an extensive career in the private and public sectors. He is a 4th generation family business member therefore understands that family and private business is the engine room of the Australian and Queensland economy generating 67% of all economic activity and employing over 63% of the Australian workforce.
He is passionate about family business and regional and local communities as they are the very fabric of the Australian economy and culture. It is this passion, business savvy and community spirit that has driven Lloyd to be the Liberal Democratic Party (LDP) candidate for the Queensland Senate in the upcoming federal election.

Lloyd has had a diverse career ranging from working in agriculture, being a Pastoral House Branch Manager, lending specialist in the State Government, undertaking export development while at the Queensland Department of Agriculture, General manager for a steel fabrication business and now a specialist family business continuity and succession consultant.

Standing on a platform on individual freedoms, individual property rights, small government and a lower taxation regime for business and individuals, Lloyd and the LDP have an unwavering commitment to the core principles of Libertarianism. Fully committed to the Party’s principles and policies Lloyd’s major focus will be on driving Private, Public Partnership specifically for Regional and Infrastructure Development, the establishment of a National strategic master policy for Primary Production (agriculture, horticulture, mining and resources) and a more commercially focused investment in Biosecurity.

Lloyd is an active member of a number of organisations notably Family Business Australia and the Australian China Business Council, a Board Director and is a life member of the Ferny Districts Cricket Club.
Lloyd and his wife of 31 years Julie have two children, Stuart 28 who, along with his fiancé Imagin, work in Alice Springs and Andrew 24 who lives and works in Brisbane. Julie has her own business servicing clients across South East and Regional Queensland. 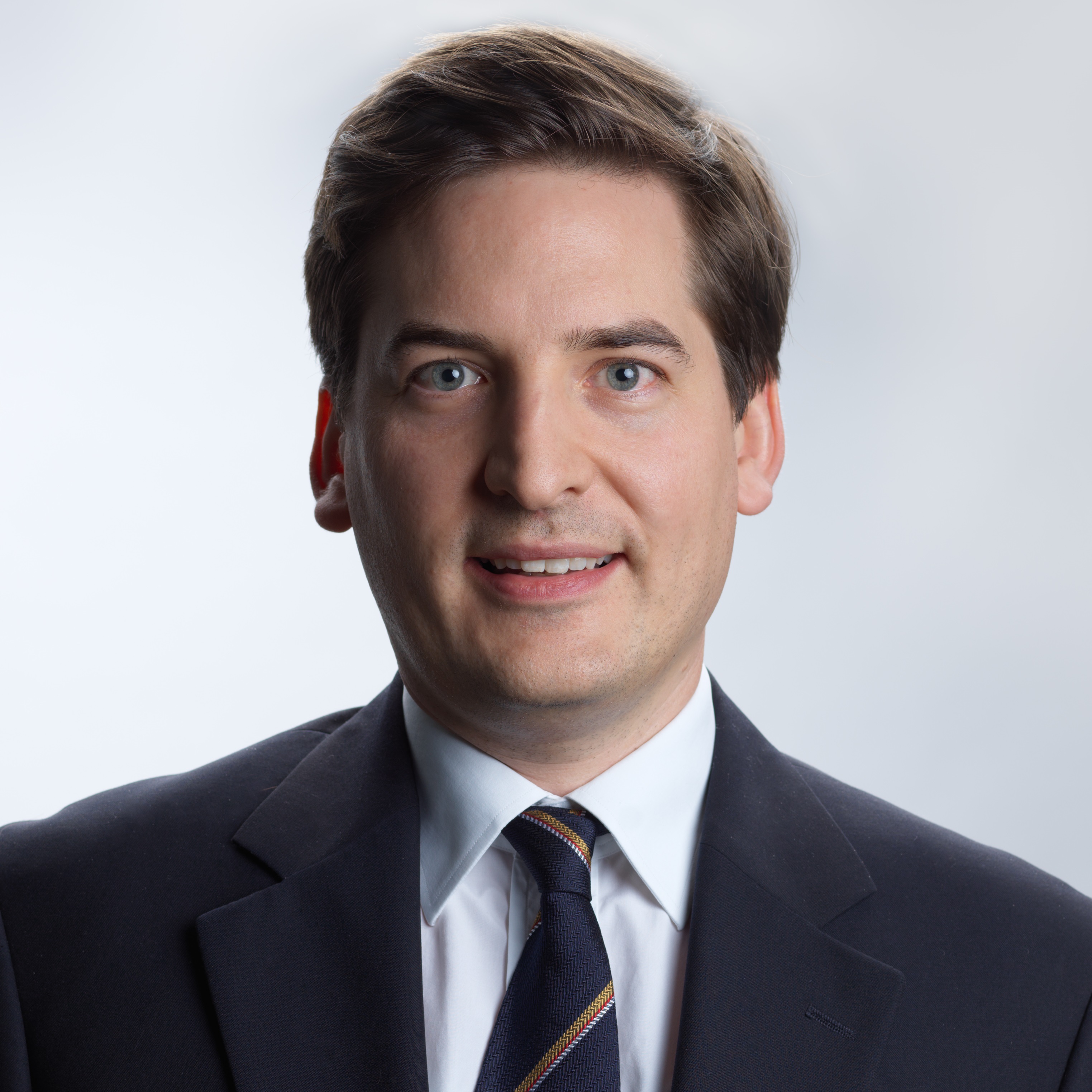 Robert holds a Bachelor's degree in electrical engineering from the University of Melbourne. He has worked on mine sites in the Pilbara, casinos in Macau, factories in Japan, and engineering firms in Switzerland. He now works for an importing and distribution business in the surveying industry.

Robert has a passion for free speech, lower taxes and greater civil liberties. 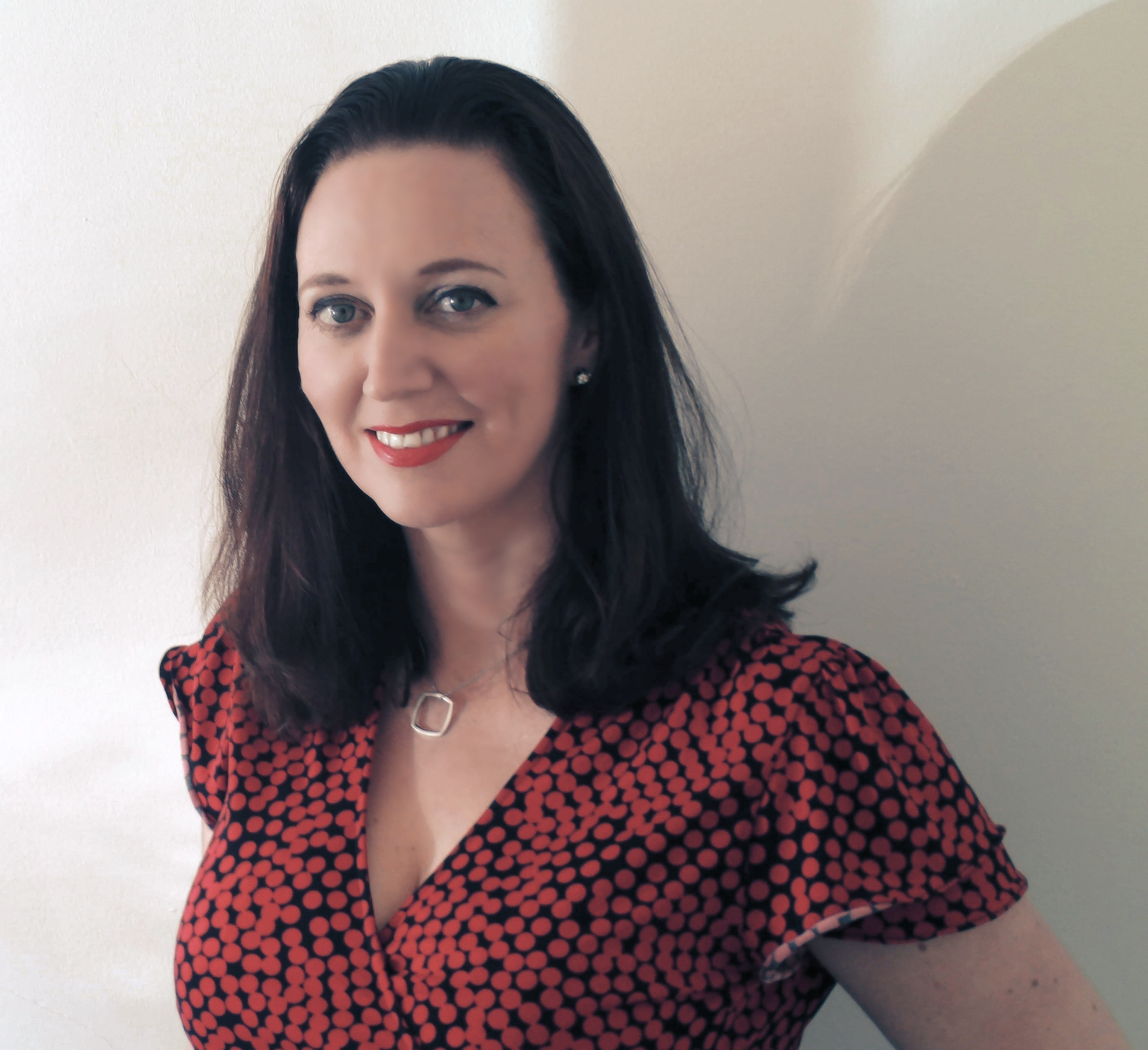 Kirsty has been working as a Remedial Massage Therapist, Massage Instructor and Myotherapist for twenty five years. These roles have provided countless opportunities to hear opinions from a variety of people spanning the political spectrum, so she is passionate about maintaining a free and open discourse, viewing free speech as a fundamental right of all people. A strong advocate for decreasing Government interference in the personal lives of the populace, Kirsty believes that people have rights and responsibilities that they should be able to exercise freely and of their own accord.

Until recently, she was Events and Growth Manager of the burgeoning Liberalist Down Under group – a grassroots activism campaign for Classical Liberalism, with a focus on the social and cultural aspects of politics. She is also Melbourne coordinator for Liberty On The Rocks, a monthly social event where Liberty enthusiasts can connect and discuss ideas freely in an informal setting.

Kirsty is also a mother of three and an avid dog lover. 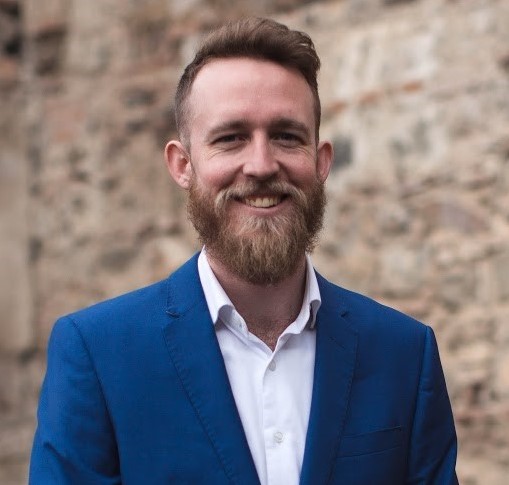 John Gray is an ex-Naval Officer, Law student, children's entertainer and think-tank director.  After serving nearly 8 years in the Royal Australian Navy as a submarine navigator, John has worked in the entertainment industry, in law firms and for global not-for-profits. He is currently the Australia Programs Associate for Students for Liberty and manages a quiz company in Western Australia.

John is a classical liberal with a passion for reducing the size of government, limiting the power they have over the individual and advocating for personal responsibility. 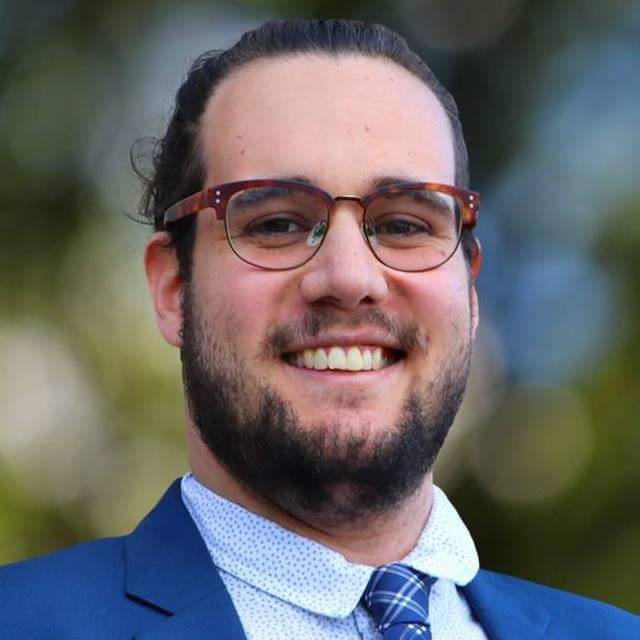 Wes was born in Cape Town, South Africa at a time when hope for a new nation of united South Africans was at an all time high. He calls Australia his home today, because that hope has faded. Many other South Africans feel the same way.

He joined the Liberal Democrats Party because he believes in the inalienable rights of the individual, the necessary limitation of government, and the guaranteed freedom of speech for everyone. Wes holds a Bachelors Degree in Marketing, Advertising and Public Relations, and works as a Marketing Assistant in the Mining Industry.

The idea of "Liberty" in Australia has an image problem. Wes wants to run with the only party with the balls to do anything about it! 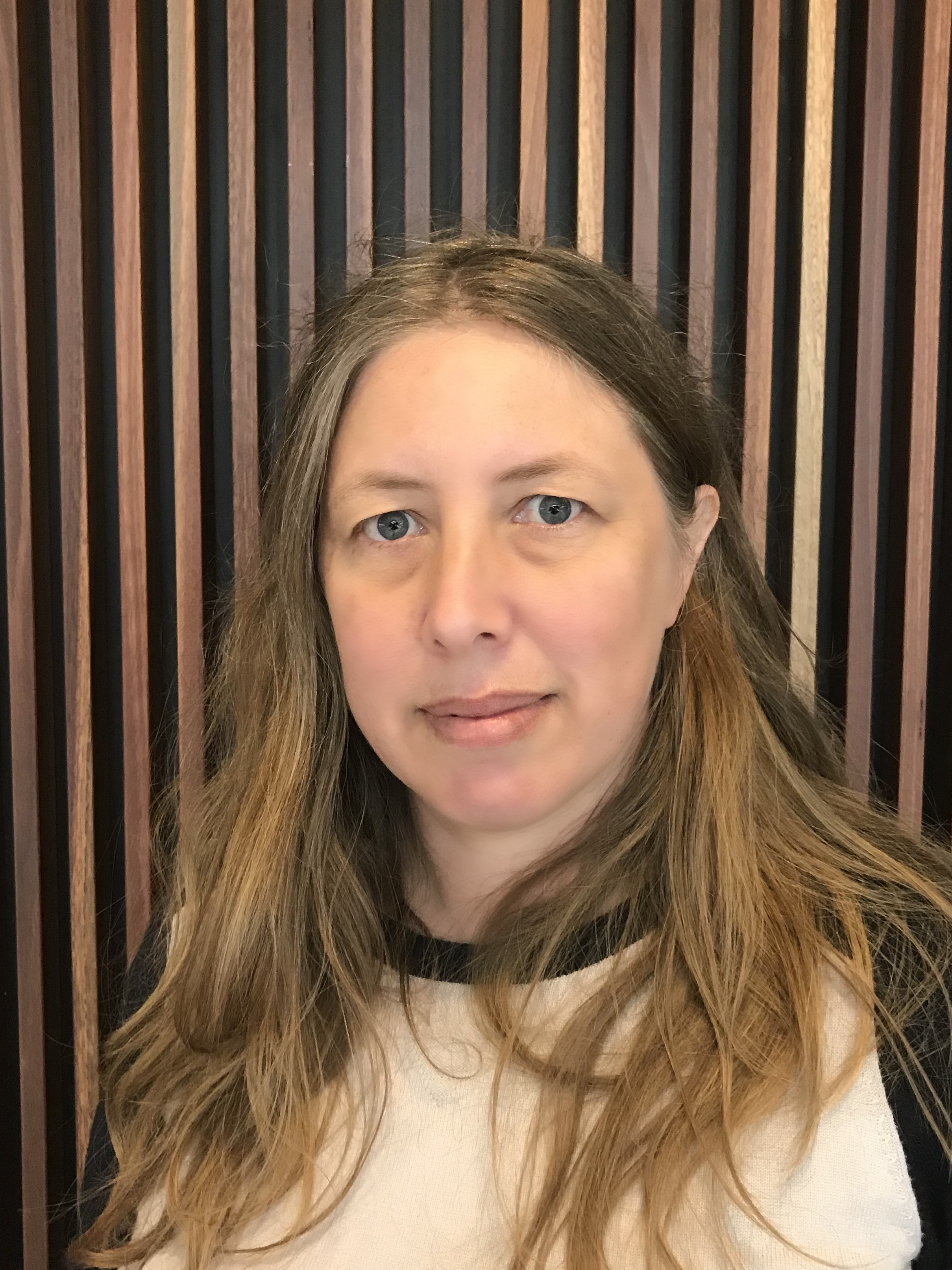 Doctor Kimbra Ransley is a cognitive scientist, former Reserve Bank and Treasury economist, and amateur bee-keeper.  She thinks government is best when it focuses on core functions, and that decisions are best made by imperfect humans rather than bureaucracies. 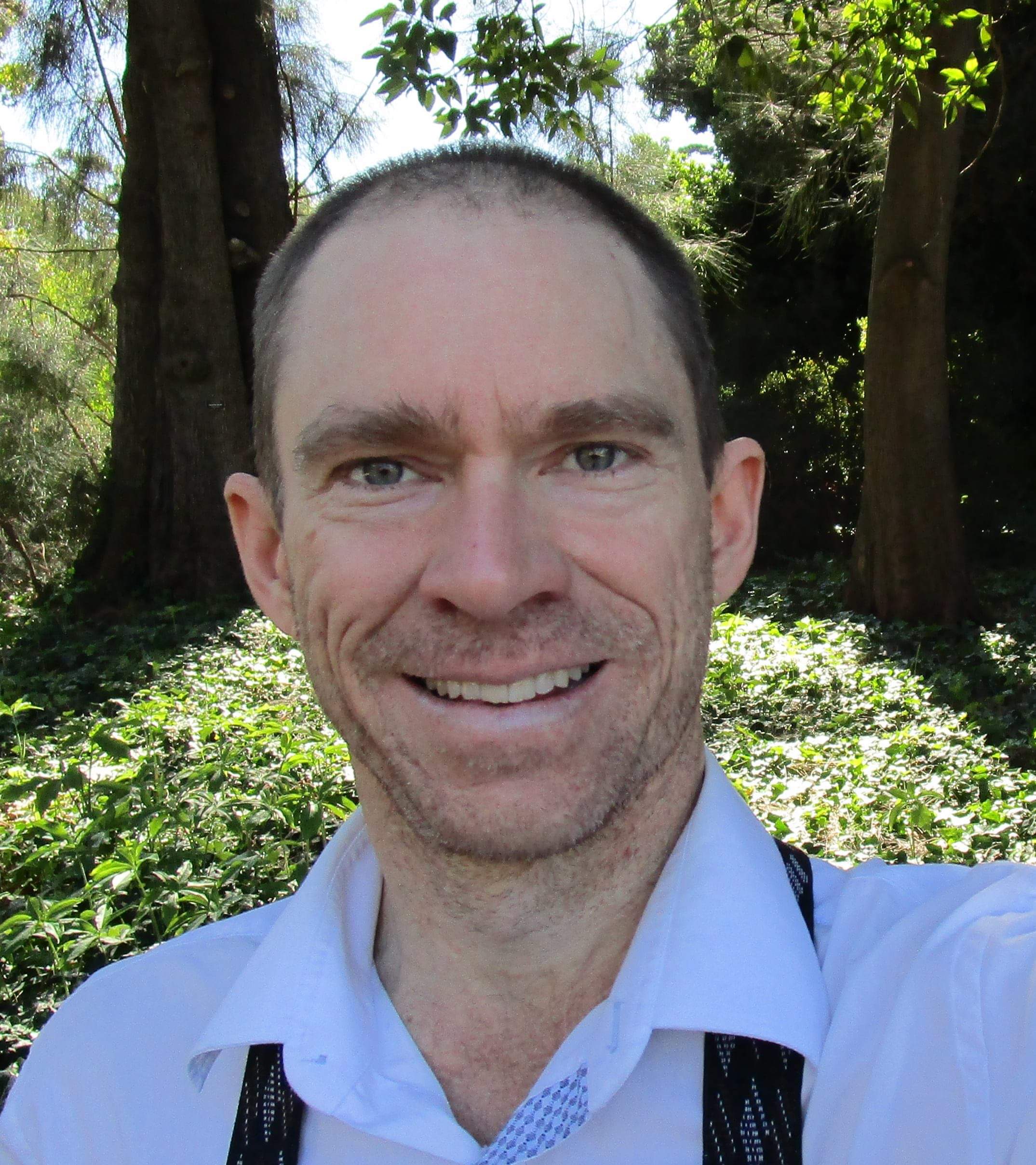 An advocate for free choice and continually annoyed at the Government's disdain for individual freedom, Stephen joined the Liberal Democrats in 2011, particularly for the party's views against mandatory bicycle helmet laws and drug prohibition.

Stephen has been a regular fixture within the Liberal Democrats, speaking at rallies, on radio, and a candidate in four elections. His formal education is in electronic engineering, working in various technical roles, including in Australia's Jindalee "Over the Horizon" radar system. Stephen's personal interests outside of politics involve science, travel, and the rapid technological change affecting how we live. Also, freedom. 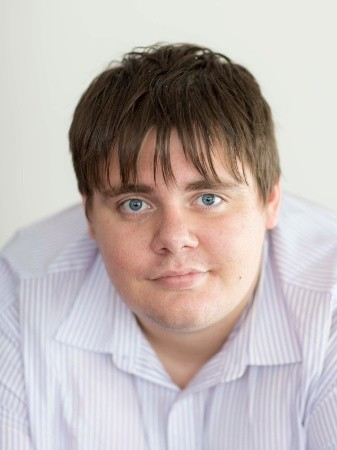 Matt is a university student from Burnie looking for a youthful approach to moving away from the current two party system by providing a viable alternative option for voters with libertarian and classical liberal views. He has a keen focus on ending the nanny state and restoring freedoms and lowering taxes for Australians.