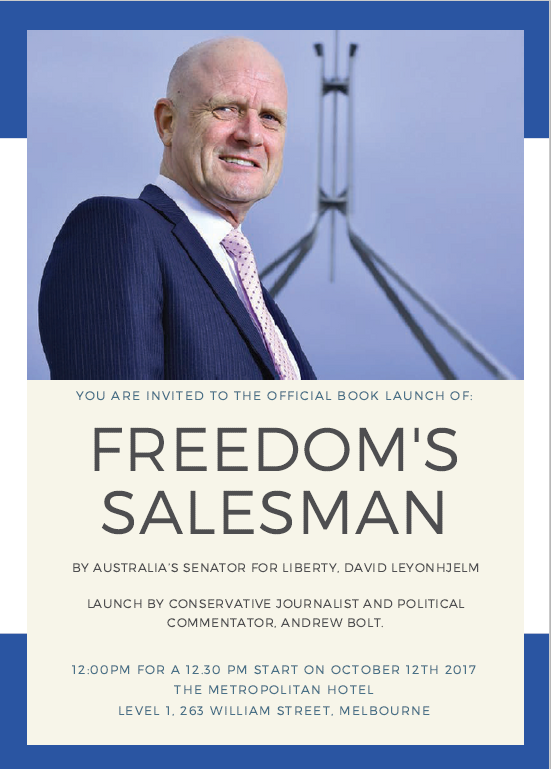 You are invited to the official book launch of: Freedom's Salesman