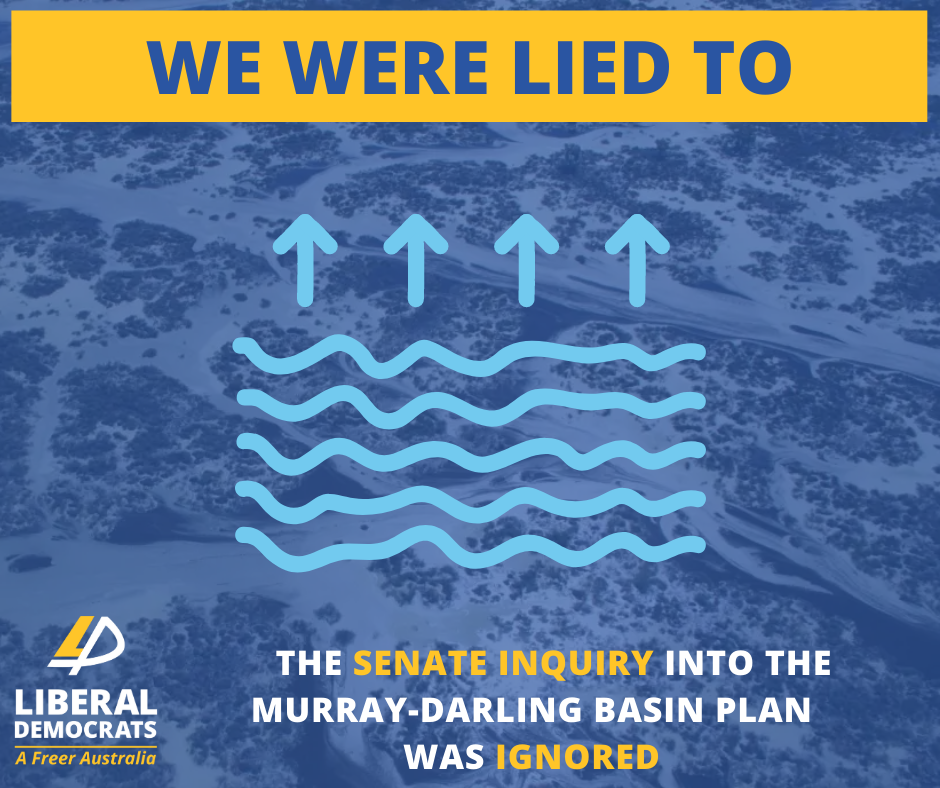 In 2015-16, David Leyonhjelm – then Senator for the Liberal Democrats – chaired a Senate inquiry into the Murray-Darling Basin Plan. The inquiry made a number of recommendations, but very few changes were made despite the government lip service paid to addressing several parts of the report.

We were lied to, and we were ignored.

We warned of fish kills, localised drought, evaporated water, struggling farmers and crippled industry. These warnings weren’t taken seriously enough, and sadly our predictions came true. Parts of the Australian media have tried to lay blame at the feet of hardworking farmers instead of where it belongs – with the politicians and the New Aristocrats for implementing this plan which takes control away from Australian farmers and gives it to government bureaucrats and environmental fundamentalists.

Water entitlements should be returned to the land-owners of Eden-Monaro to help agricultural businesses grow, instead of being increasingly sucked up by government departments and funnelled to man-made systems in South Australia.

The solution is simple, we abolish the Water Act (2007) and allow states to manage their own water