What Australia did, how other countries do it & is any of it sensible?
DONATE NOW 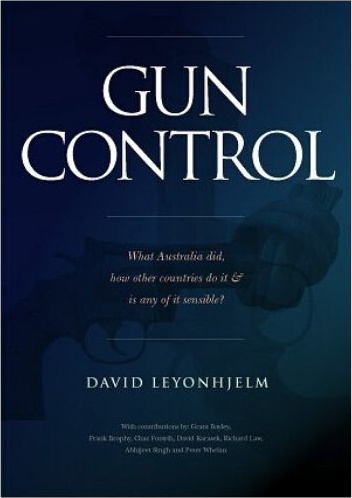 Australians have been repeatedly told that their gun laws have made them safer. But the data does not support that and there's no reason it should - gun availability and violent crime are independent variables. A high level of gun control does not reduce violence, and a low level of gun control does not increase it. Countries with stringent gun control would not become violent if their gun laws were relaxed, and countries with relaxed gun laws would not become less violent if they adopted stringent gun laws.

This book takes a detailed look at Australia's gun laws and their impact on gun violence including mass murders. It also considers gun laws in the UK, New Zealand, India, Czech Republic, Ireland and the United States, in chapters written by people who live there.

David Leyonhjelm is a strong supporter of the rights of lawful firearm owners, and is a former Federal Senator from the Liberal Democratic Party.