The continued persecution of Australian publisher Julian Assange sets a dangerous precedent for all journalists and gravely threatens freedom of the press, say the Liberal Democrats.

Assange, incarcerated in the UK’s Belmarsh Prison, is fighting extradition to the US for releasing classified information in the public interest.

Liberal Democrats NSW President, Dean McCrae, says Assange has been persecuted by the US after he released footage of American military perpetrating war crimes on unarmed civilians. 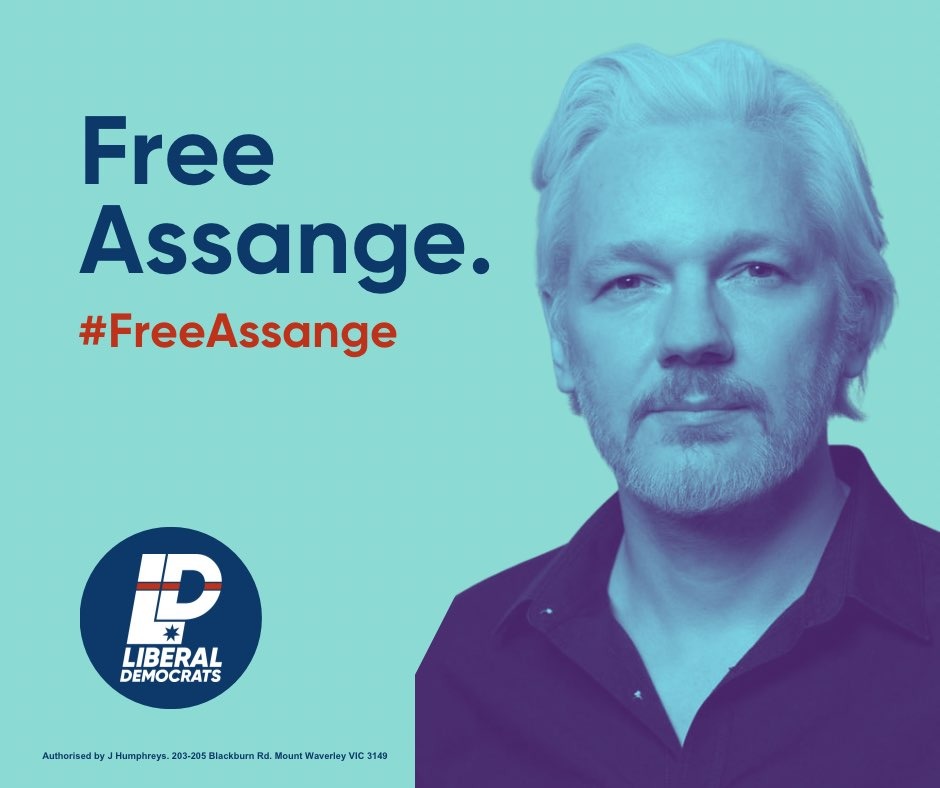 “He is being politically persecuted for publishing the truth. If he faces charges in the US, then any journalist would be at risk of imprisonment for investigating criminal activity.

“Julian Assange must be released from prison immediately and all charges dropped for exposing war crimes.

“Assange has done no wrong. He published information in the public interest, and now he is being slowly tortured in prison because it embarrassed the US government,” Dean says.

Since 2010 when Assange released the footage, he has attempted to evade victimisation and mistreatment by seeking political asylum.

If Assange is extradited to the US, the right to freedom of the press and free speech for journalists is utterly demolished.

“No journalist would be safe or ever be able to report the truth again if Assange ultimately loses his freedom,” Dean says.

“Democracies are meant to protect the right to free speech. The very foundations of free western societies are at stake.”

For more information about the Liberal Democrats stand on freedom of the press, browse to policies on freedom from surveillance and free speech.