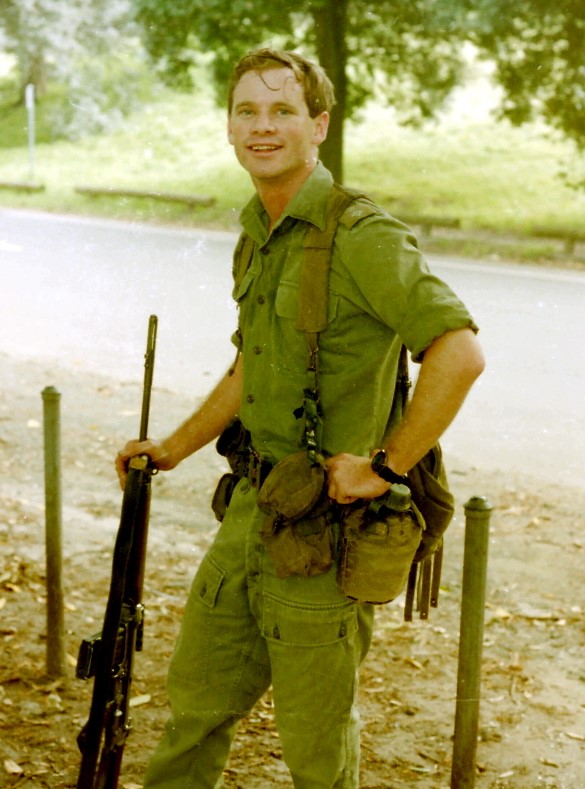 Now its time to give the politicians in Canberra a serve

Campbell Newman has served with distinction and is especially proud to have served in the Australian Army for 13 years completing his officer training and engineering degree at the Royal Military College, Duntroon.

On graduating in 1985 with an honours degree in Civil Engineering Newman joined the Royal Australian Engineers. He served in Papua New Guinea, the Solomon Islands, West Germany and Hawaii and was involved in civil design and construction projects as well as combat engineering tasks.

On top of his engineering background, Campbell Newman also has extensive business experience in agribusiness, finance and consulting around Australia and overseas.

Back in politics, Newman is now running as the Lead Senate Candidate for the Liberal Democrats in Queensland. He left the LNP knowing that they had lost their way, and were no longer putting people first, as a major party should.

“I have served my country, the people of Brisbane as Lord Mayor, and all of Queensland as Premier,” Newman says.

“I’m proud to have served the community through the devastating floods of 2011. Now, I want to serve all Queenslanders and Australians as your senator in Canberra and keep Labor, the LNP and the Greens honest. I know what real leadership is. I’ve seen it firsthand in the military and in many facets of business. I can no longer sit back and watch politicians in Canberra do nothing and deliver nothing.”

Campbell Newman and the Liberal Democrats believe that we should have

As the Liberal Democrats QLD Lead Senate Candidate, Campbell Newman promises he will stand up for everyday Queenslanders, fighting to protect their values and institutions.

The major parties have taken Queenslander's votes for granted for far too long. Send a representative to Canberra that will actually fight for you and your values!

At the upcoming federal election, Vote for the Liberal Democrats in the Senate (white ballot) and House of Representatives (green ballot).

The Liberal Democrats are the only sensible alternative that will provide real leadership and are committed to fighting for Queensland! 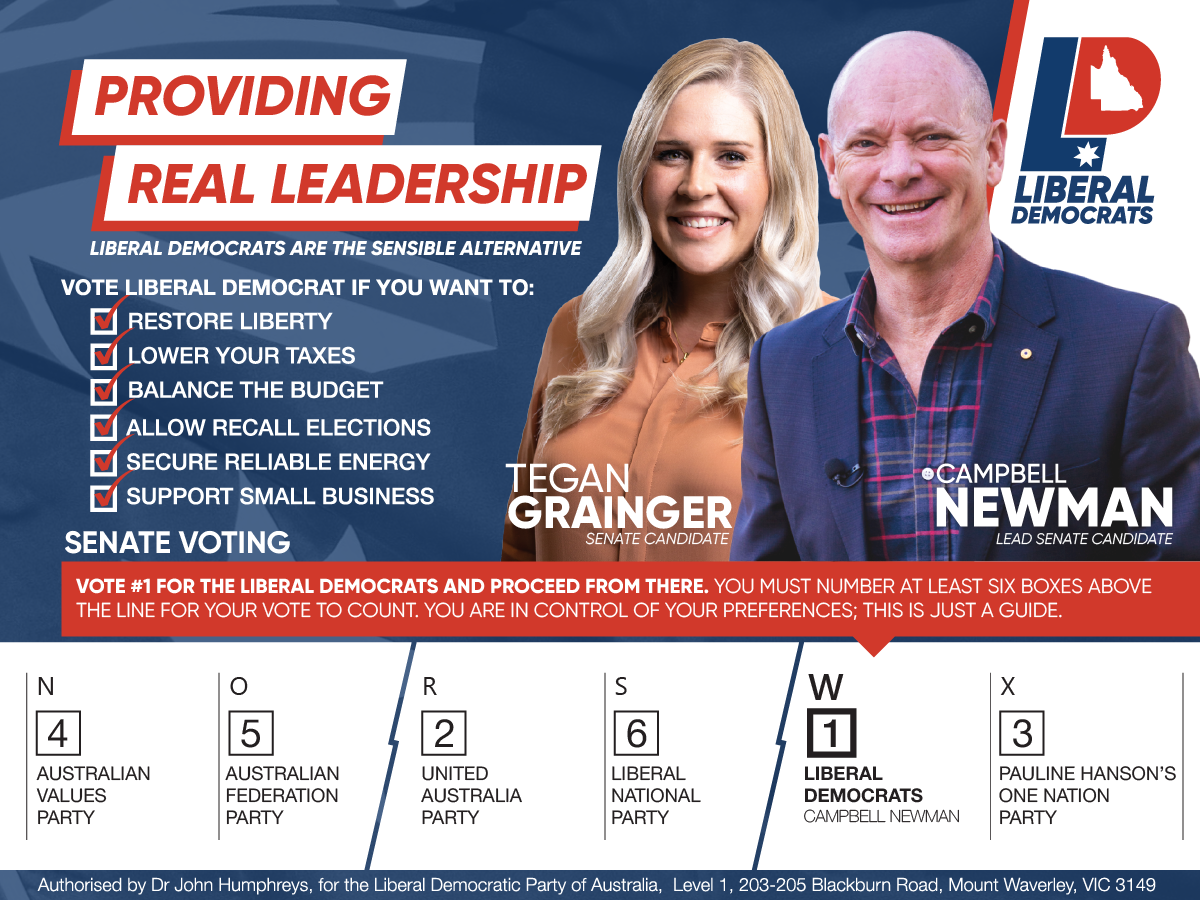