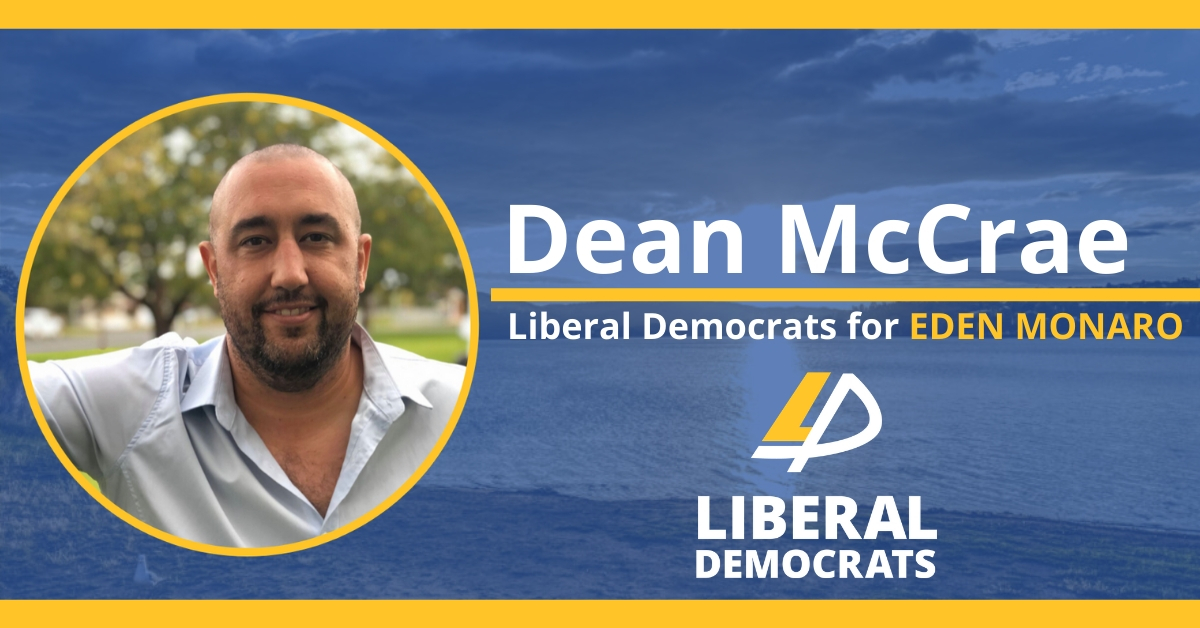 A Passionate Freedom Fighter With A Vision

39-year-old chef and entrepreneur Dean McCrae has been a professional chef for over 20 years, having won numerous awards and accolades both in Australia and abroad, and run small businesses with varying degrees of success and failure. Born in the Riverina, he attained a sporting scholarship in track and road cycling and moved to Canberra, where he became an apprentice at the Canberra Casino. From there he moved to the UK, working in iconic London restaurant Wilton’s of Picadilly under renowned MCA Jerome Ponchelle.

Some notable Wilton's regulars included, Tony Blair, John Major, Margaret Thatcher and Gordon Brown, among others, with the restaurant, also has been a favourite haunt of Winston Churchill. On returning to Australia, he worked on various enterprises from the South Coast and Southern Highlands to the ACT and the Riverina, and while in quarantine is currently renovating the family home. Mr McCrae is an active member of the Liberal Democrat political party, the H.R Nicholls Society, and the Samuel Griffith Society member. Currently, he’s producer and co-host of soon-to-be-launching Resolute TV, a YouTube-based variety program.

A passionate freedom fighter, Mr McCrae has run in both the NSW and Federal elections in 2019. Dean McCrae is contesting the seat of Eden Monaro as a Liberal Democrats candidate in the upcoming 2020 by-election.

What Dean McCrae Will Do For Eden Monaro