Australia is a resource-rich country that once enjoyed cheap and reliable energy. This natural advantage was a bedrock of Australia's economy, but today we are saddled with some of the highest prices in the world.

High electricity prices not only increase the basic cost of living for households, they also increase costs for businesses and stifle economic growth.
The major causes of these runaway prices are clear – overregulation, climate alarmist ideology, irrational prohibition of some energy sources and low business confidence in investment as a result. These problems seem set to get even worse with new “net-zero emissions” targets and associated regulations. 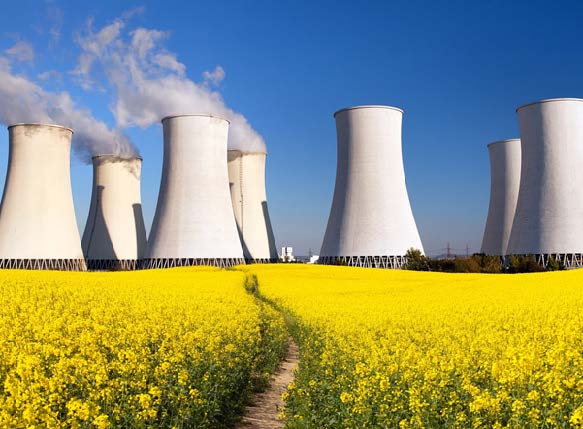 Nuclear energy is the cleanest, safest and most reliable means of making grid-scale electricity. It is also one of the lowest emitters of carbon dioxide, generates significantly less waste than solar energy, and has comparatively tiny land requirements.

Recently Australia signed a historic agreement with the United States and United Kingdom that will see us acquire a fleet of nuclear-powered submarines. We support that agreement, but nuclear-powered submarines need nuclear energy which requires uranium. The good news is that Australia is already the world’s third largest uranium miner, with twice the proven uranium reserves of any other nation.

Today there are 440 operating nuclear power-plants in the world and another 164 either being built or planned. Over 70% of French electricity is generated by nuclear energy and over a dozen other nations generate more than 20% of their electricity from nuclear energy.

Australia has all the ingredients to be a world leader in nuclear energy. There have been three government inquiries in recent years that recommended a nuclear energy industry, but cowardly politicians lack the will to start.