You are invited to attend a book tour event for 'Freedom's Salesman' by Senator David Leyonhjelm.

Freedom's Salesman is a collection of articles and speeches made by Senator Leyonhjelm since he became a Senator, which talk about issues such as the burgeoning nanny-state, out of control political correctness and our ever increasing national debt. It's basically a small government, low tax, less regulation manifesto in easy bite-size chunks.

Here are the details:

This event will be hosted by Liberal Democrats WA and it will be MC'd by Tom Percy QC.

Tom Percy QC is West Australian Barrister practising in the areas of Criminal Law and Mediation. He is a regular guest on 6iX Perth Radio and a regular contributor to The Sunday Times. More recently, Tom has become known as the 'poster lawyer' for issues relating to the nanny state, equality before the law and red tape. 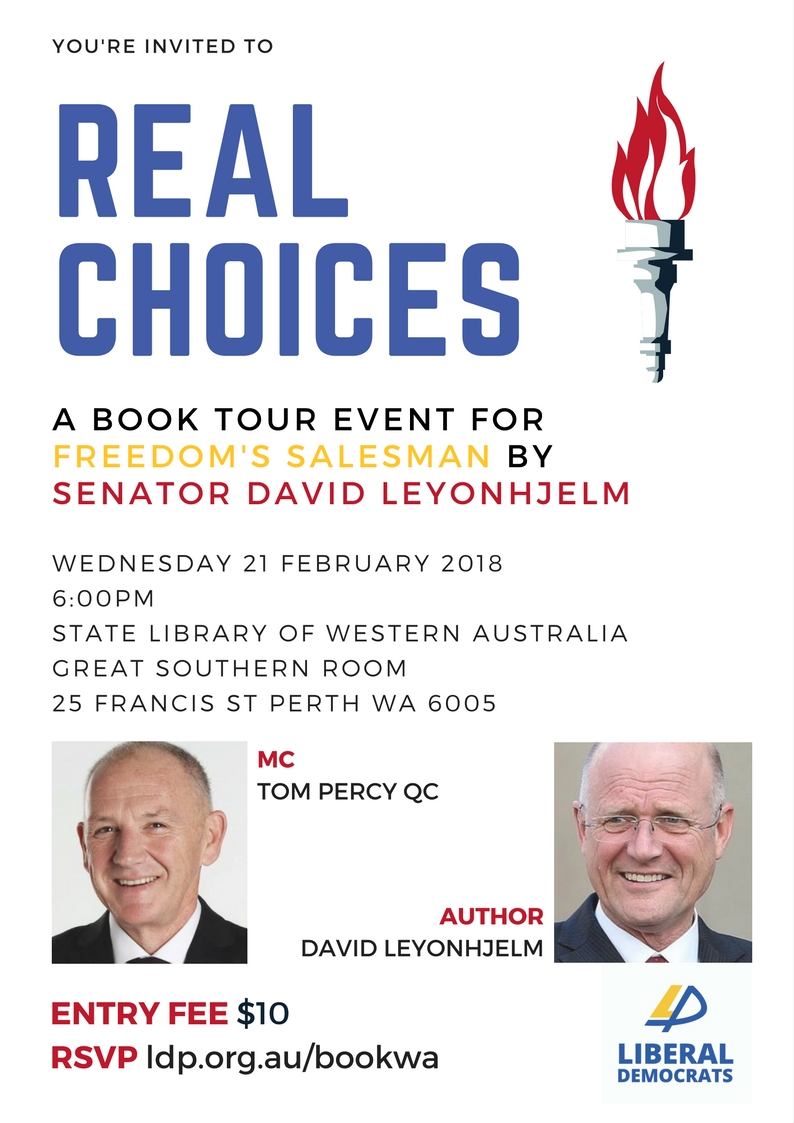